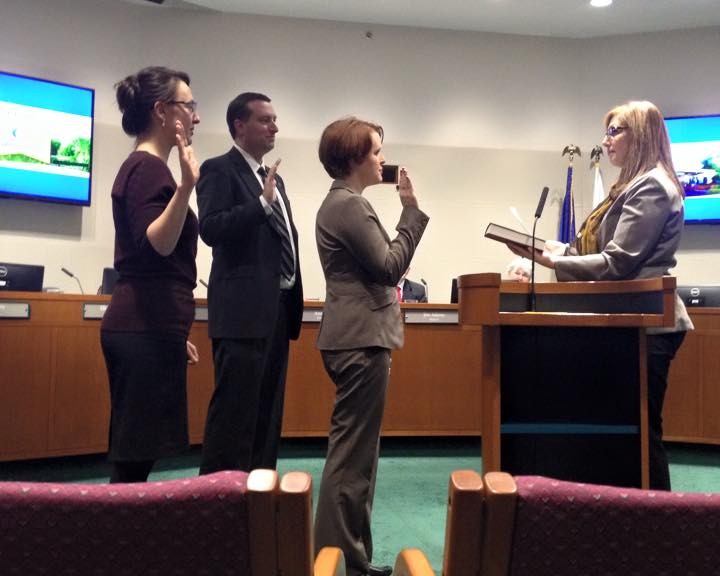 It is my intention to provide a recap of each council meeting on this website.  This is something I started when I was on the Crystal Planning Commission.  I’ll recap the key items that were covered during the meeting and the key votes that were taken.  I usually try to get these recaps done by the end of the week.

The first order of business was the swearing in of the new members.  I talked about that a little bit in this post.

After that Liz Adams from the West Metro Fire Auxillary and Shawn Smith from the Light of Crystal presented the awards to the winners of the Crystal Sparkles holiday lights contest.

If you haven’t checked out the Light of Crystal, you can see them on their website or on Facebook.  They do good work in the community, and sponsor a happy hour meet-up at a Crystal restaurant/bar on the 15th of every month.

After awards and presentations we move into what’s called the “Consent Agenda.”  I’ll cover how council meetings are structured in more detail in a later post, but for now know that the consent agenda are items that are approved without discussion.

Items can be removed from the consent agenda and added to the regular agenda, and I requested we do so with two items pertaining to the purchase of replacement police cars.

I wanted to make sure we had the opportunity to ask some questions about the purchases, since they were sizable dollar amounts.  After asking a few questions I felt comfortable with the process and the purchase passed the council unanimously.

The next item to address was an application to move the lot line on two adjoining properties.  This is probably worthy of a follow up post, so for now I will say- we had some good conversation, and ultimately voted to approve the shift, as long as some legal conditions were met.  I was very glad to see neighbors at the council meeting speaking both for and against the action.

Next we went on to committee/board/commission assignments for council members, which is done at the first meeting of each year.

I was appointed to be the city’s representative on the West Metro Fire-Rescue District Board the city’s representative on the Northwest Hennepin Human Services Council board, and the council liaison to the Planning Commission.  I was originally going to be the liaison to the Environmental Quality Commission, but due to some scheduling conflicts council member Olga Parsons and I switched assignments.

We also voted to re-appoint members to the Shingle Creek Watershed Management Organization.

We have our first real work session tonight at city hall, covering a whole bunch of housekeeping type things, and the next meeting is Tuesday January 20.

You can watch the video of the council meeting here and find the agendas and meeting notes here.  Check the city calendar for updated meeting dates, locations and times.

Picture above is the 3 new councilmembers being sworn in as EDA commissioners.  I’ll get into the EDA at a later date.  I’m in this job for 4 years.  I have to save some material for later.